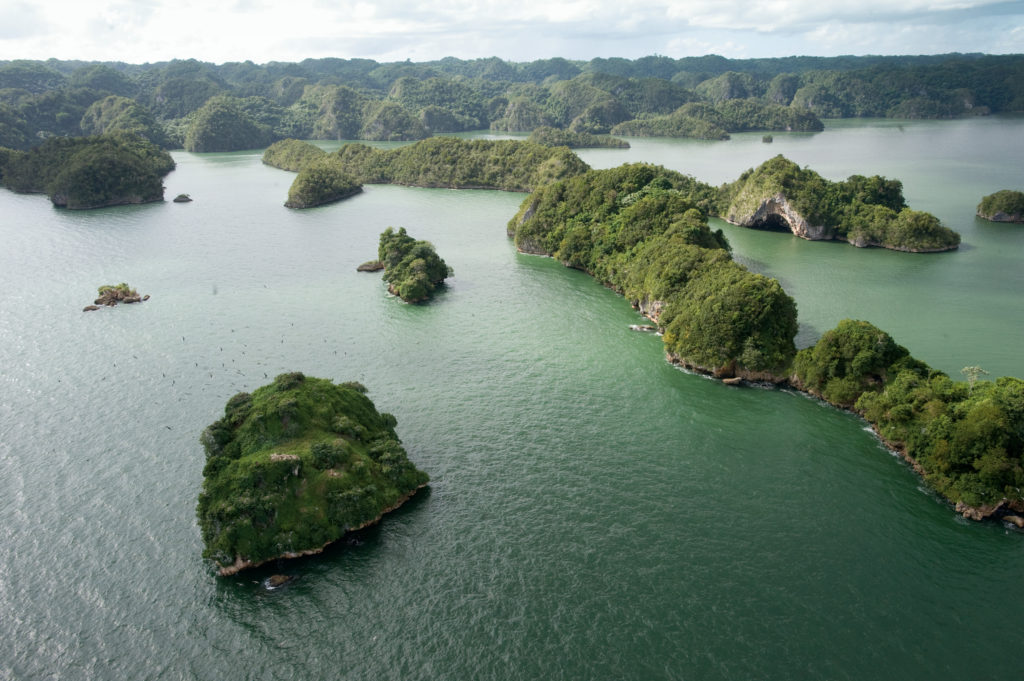 Hidden in a secluded corner of the Dominican Republic, about 20 miles west of Miches, is quite possibly the country’s most important national park. Los Haitises, meaning “highlands” in Arawak, the native Taino indian language, is an immense 230 square mile humid forest. A humid forest is just one step below a rain forest in amount of yearly rainfall and the tropical rains within Los Haitises have created an emerald jungle teeming with native flaura and fauna. The park was once a sacred safe haven for the Taino natives and is now an awe-inspiring draw for visitors willing leave the beaten track.

Los Haitises is home to miles of untouched mangrove forests, secluded beaches, ancient caves and island outcroppings that dot the San Lorenzo bay. The adundance of red mangroves, that stretch for miles, create a natural incubator for young sea life, protecting them from larger predators in the open water. And the park itself is bursting with all kinds of life with numerous species of birds, reptiles, amphibians and crustaceans. Los Haitises is also home to two endangered land mammals – the Hispaniolan Hutia and the Solenodon. Both are only found in the Dominican Republic.

The Taino Indians inhabited Los Haitises for a millennia and used the park’s numerous caverns and caves as religious sites where they depicted the world around them. The forest is a treasure trove for Taino culture as a diverse set of pictographs and petroglyphs have been identified. The findings are one of the main draw for the day tours that visit Los Haitises.

Several local outfitters take visitors into the national park. Excursions normally depart from Punta Cana and Miches, by bus, to reach the park’s entrance point in Sabana de la Mar. Via catamaran, the Classic tour winds through a labyrinth of mangrove canals before the park opens up into the San Lorenzo Bay with photo-inspiring views of the park’s lush outcroppings and the Samana mountains as the backdrop. If you’re lucky, you may even have some company as dolphin sightings are not uncommon. The vessel then visits two caves once used by Taino indians for ancient rituals. The first, Cueva de la Arena, is located on a secluded beach with several waterfront caverns featuring Taino petroglyphs and bats in their natural habitat. The second, Cueva de la Linea, is located deeper in the humid forest and possesses numerous Taino drawings, giving us a better understanding of their world more than half a century ago.


Besides the Classic Two-Cave tour, visitors can also explore the park in kayak or SUP. Whale watching excursions depart from Los Haitises when in season from January to March as well. Also, a more extensive tour of the park is available that includes the two caves but also heads deeper into Los Haitises to a remote beach and to the mouth of the Naranjo River.

Los Haitises is arguably the natural crown jewel of the Miches region and is easily reachable by bus through Punta Cana tour operator Caribbean Dream. You can also Contact us for more information on how to visit the Dominican Republic’s beautiful Los Haitises National Park.